Kara Chawgo is the daughter of Charles and Maria Chawgo.

Kara has always been dedicated to her school work along with managing a job, sports, and volunteer work.  She currently teaches a Kindergarten Religious Education class on Sundays, is a Confirmation 2 Core Member who will help teens make their confirmation this coming April, and is a Teen Core Member with her church’s Middle School Youth Program.  Kara has taken multiple art classes and took 2 years of dance her Freshman and Sophomore year.  She has also completed one SUPA class, has a 3.7 CPA and was inducted into the National Honor Society last March.

Kara has played multiple sports throughout her 4 years at West Genesee, most recently playing Varsity Tennis this past fall.  She got to experience Sectionals for the first time and also was awarded Honorable Mention All League for Doubles.

After high school, Kara will be attending D’Youville College in Buffalo to get her BSN in Nursing and will also be playing Women’s Tennis for the D’Youville Spartans.  She hopes to become a trauma or pediatric nurse when she graduates.

Jacob DiBiase is the son of Darlene DiBiase.

Jacob likes to challenge himself in his studies with many advanced classes.  By graduation, he would have taken five Advanced Placement tests, two CC courses, two SUPA courses as well as two SUNY Oswego courses.  He is also working towards his Seal of Biliteracy and Odyssey Recognition.  He has achieved high honor roll every semester while staying active in his school activities.

Outside of school, Jacob enjoys volunteering in his community.  While volunteering, he has received the 2017 Presidential Volunteer Service Award for cumulatively volunteering more than 300 hours over a span of a year.  He is a member of Boy Scout Troop 60 and received his Eagle Scout rank in July 2019.

After high school, Jacob plans on attending a four-year college where he plans on majoring in Environmental Biology while staying involved in volunteering and playing the viola. 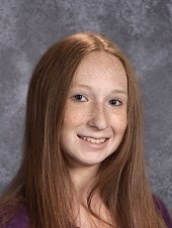 Alyssa Garofalo is the daughter of Abby and Sam Garofalo.

Alyssa likes to learn new things, especially if it has to do with business.  By graduation, she will have completed her CTE Strand in Business Administration, two Cazenovia College courses, one AP course, and eight OCC courses.  Three of her OCC courses were taken in addition to a full high school schedule.  She has maintained high honor roll throughout high school.  Alyssa is in both the National Honor Society and the National Business Honor Society.  She earned the title of Business Student of the Month in October.

Alyssa also participates in competitive cheerlearding, where she practices seven hours a week and coaches for six and a half hours a week.  She travels all over the country to compete and has competed at the World Championship twice and is hoping to compete again this year with her team Warning.

After she graduates high school, Alyssa plans to attend the University South Carolina, where she will study marketing.

Giorgio is the son of Sharon and Giorgio Guglielmi.

Giorgio has enjoyed many classes throughout his time at West Genesee.  Some of his favorites are US History, Teaching Tolerance and American Historical Fiction.  He loves to write and learn about history.

Giorgio is a member of the West Genesee baseball team.  He has played baseball for West Genesee since he was in 7th grade.  When not in school, he enjoys watching sports.  Some of this favorite teams are the New York Yankees, New York Giants and Syracuse football and basketball.  He has two older sisters, Stephanie and Alex.  And one younger sister, Christina.

After high school, Giorgio plans on attending Keuka College where he will continue to play baseball and further his studies in history and criminal justice. 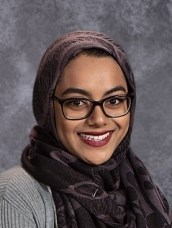 Fateema Islam is the daughter of Mohammad and Tahmina Islam.

Fateema enjoys challenging herself in school with many advanced courses.  By graduation, she will have completed six AP courses, four OCC courses, two SUNY Oswego courses, and two SUPA courses.  She has achieved high honor roll every semester while being active in her school community.  Fateema is the Vice President of the National Art Honors Society, was inducted in the National Honor Society this past March and inducted into the French National Honors Society this June.  She has served on the Class of 2020 Senate all four years of high school.

Outside of school, Fateema does research in chemical engineering and sustainability at Syracuse University.  She also volunteers at the Northside Learning Center.

After high school, Fateema plans on attending a four-year college where she will continue to volunteer and further her studies. 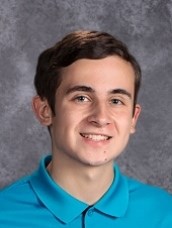 Brendan is the son of Scott and Kimberly Kemp.

Brendan enjoys challenging himself in school with many advanced courses. By graduation, he will have completed four OCC courses, two SUPA courses, two SUNY Oswego courses, and one SUNY ESF course. He has been on the high honor roll every semester and was inducted into the National Honor Society last spring. Brendan was recently named Camillus Optimist Outstanding Student of the Year and is also an AP Scholar.

Brendan has been a member of student senate all four years of high school.

Outside of school, Brendan is an avid Arsenal soccer fan and he enjoys volunteering for Meals on Wheels.

After high school, Brendan plans on majoring in biology at a four-year college with the goal of pursuing a career in dentistry.

Libby is thrilled to be the West Genesee Senior of the Month for November 2019.  She knows that there is more to high school than just studying so she has taken advantage of the many opportunities that West Genesee offers.  Libby participates in the Fine Arts Department at West Genesee;  singing in the Chorale, playing trumpet in the Wind Ensemble and being involved in the school musicals.

She also has an interest in athletics, having been a top runner on both the Varsity Cross Country and Track teams each year in high school.  In addition, Libby takes her academics very seriously.  She has continued to challenge herself by taking college level courses throughout her high school career.  She consistently achieves high honor roll and is a member of the National Honor Society.  Outside of school, Libby enjoys giving back to her community by volunteering at St. Camillus Rehabilitation Center and singing in her church choir at Holy Family.  She also likes to hang out with her parents, her older brother and their family dog, Kobe.

After graduating from West Genesee, Libby looks forward to pursuing a career in the medical field as a Physician’s Assistant.

Max is the son of Mark and Halyna Mekker.  Max enjoys challenging himself in school with numerous advanced courses.  By graduation, he will have completed three OCC courses and two SUPA courses.  He has maintained high honor roll all throughout high school while also helping out in the community.  Max is the founder and president of the Second Take Sports Club at the school.  He is also involved with the Business Club and has been in the Business Honor Society in both 11th and 12th grade.  Max is a part of the Wildcat Mentor Program and helps out in the school store.

Max has been a member of the West Genesee tennis team since 10th grade. Outside of school, he works at Bellevue Country Club and serves as a referee for the Camillus Youth Basketball Association.  Max is also a member of the Holy Family varsity basketball team.

After high school, Max plans to attend a four-year college where he will continue to participate and further his studies.

Elizabeth is the daughter of Kimberly and Michael Purcell.

She enjoys dedicating her free time to her school and community. She has been elected the Class of 2020 President for the past four consecutive years, is apart of the Mentor Program, volunteers with the varsity football team and is apart of many other clubs in the high school. Elizabeth is also apart of the Symphony, Chamber and Pit Orchestras here at West Genesee and is an All-County violist. She is a member of National Honor Society along with Spanish Honor Society. By graduation she will have completed numerous AP and College courses all while achieving high honor roll throughout her high school career.

After high school she plans to attend a four-year college to study Special Education and Sociology. Down the road she would like to become a teacher and eventually work towards a School Administrative License.

Upon leaving high school Elizabeth hopes that she made a lasting impression on her peers by spreading positivity and always having a smiling face. She’d like to thank West Genesee for allowing her to be herself and encouraging her to reach her fullest potential.

Joe Parisi is the son of Christopher and Kelly Parisi.

Joe enjoys challenging himself in school with many advanced courses. By graduation, he will have completed three AP courses, five OCC courses, three SUPA classes and one ESF class. He has achieved high honor roll every semester, while being active in his school community. Last year, Joe was inducted into the National Honor Society. He has served on the Student Senate for three years of high school. He has participated in Cross
Country, Indoor Track and Outdoor Track since freshmen year.

When not in school, Joe enjoys skiing, running, reading and spending time with friends and family.

After high school, Joe plans to attend a four-year college and continue on to medical school.

Lily enjoys challenging herself in school with many advanced courses.  By graduation, she will have completed two AP courses, two OCC courses, and one SUPA course.  She has achieved high honor roll every semester, while being active in her school community.  Lily is the President of the National Honor Society for Dance Arts and was inducted into National Honor Society last March.  She has served on Student Council for all four years of high school and joined Senior Senate this year.  Lily is also a part of the Wildcat Mentor Program.

Lily is a member of the West Genesee Color Guard and Dance Ensemble.  Outside of school, she is a competitive dancer at Artistic Designs Dance Company.

After high school, Lily plans on attending a four-year college where she will continue to dance and further her studies.

Eric Wenner is the son of Jim and Amy Wenner. He has an older sister, Claire attending the University of Rochester and an older brother, David, that is a sophomore at Lemoyne.
Academically, Eric is an excellent student and is at the top of his class. Eric has always sought to challenge himself and upon graduation, he will have completed four Advanced Placement course, five OCC courses, two SUPA courses and two courses from SUNY Oswego. Eric has been inducted into the National Honor Society and also participates in Math League.

In college, Eric plans to pursue a dual degree in clarinet performance and engineering.