West Genesee has students receiving the NYS Seal of Biliteracy for the third year in a row.

This honor recognizes high school graduates who have attained a “high level of proficiency in listening, speaking, reading, and writing in one or more languages, in addition to English.”

It is proof of the hard work that the students have done to become culturally competent citizens who can communicate with others on a global level. These students demonstrated a history of high achievement in both English and World Language classes. As a culminating activity, students were also required to complete and present a project in a World Language. 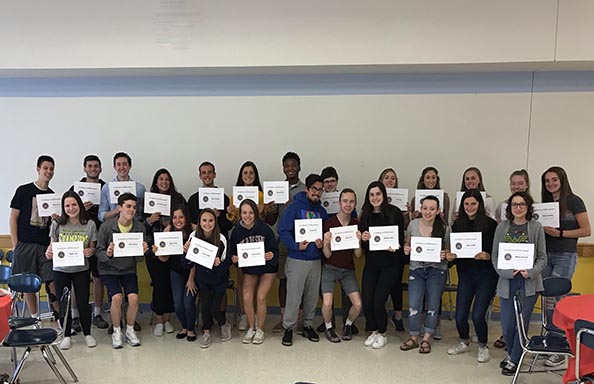