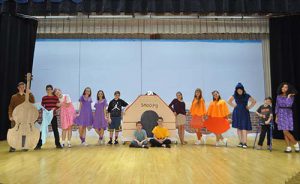 When Charlie Brown complains about the overwhelming materialism he sees among everyone during the Christmas season, Lucy suggests that he become director of the school Christmas pageant. Charlie Brown accepts, but this proves to be a frustrating endeavor. When an attempt to restore the proper holiday spirit with a forlorn little Christmas fir tree fails, he needs Linus’ help to discover the real meaning of Christmas. (Borrowed from www.TamsWitmark.com)

This year’s production at WGMS stars the following students along with their respective cast roles: 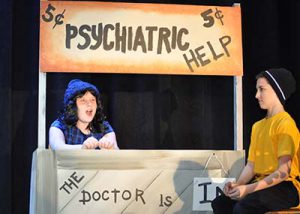 Featuring approximately 80 additional cast and crew members! This year for the first time ever we will also be presenting live action commercials for local businesses, as well as a raffle for numerous Charlie Brown/Peanuts related items. Come join the fun this weekend,

The show is directed by Christy Knowlton, choreographed by Allison Leonard (WGHS senior), and the set design and construction is done by Jeff Bowe.